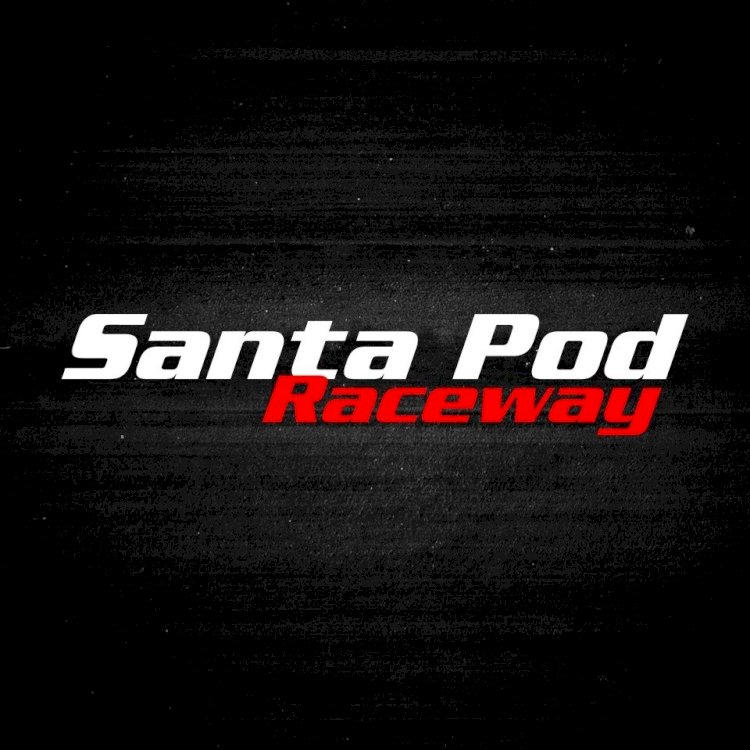 Don’t forget to check out our other section CAR SCENE

The home of European drag racing...

As the years roll on, it’s hard to believe that Santa Pod Raceway has been organising, running and promoting drag racing events for over 50 years!

What started back in 1966 as a fledgling facility and a fledgling sport for that matter, has today become a major motor racing venue and part of a global motorsport campaigned in regions as diverse as North and South America, Europe, Australasia, the Middle East, Russia, Japan and now China. That Santa Pod has played a key role in the development of international drag racing is something of which everyone involved should be proud. 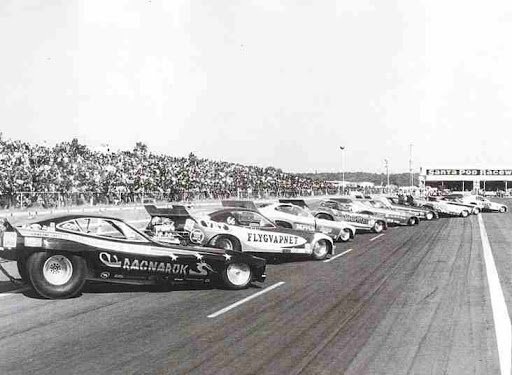 The events that we attend today at Santa Pod are at a very different level from those of 1966 and the ensuing early years of the sport’s development. Those drag racing pioneers of the ’60s and ’70s could never have envisaged just how far their hobby and passion has come today. We are fortunate now to have the British Drag Racing Hall of Fame (BDRHoF) which recognises and honours the role and impact those early stars and organisers had on British drag racing in general and, in particular, on the growth and development of Santa Pod Raceway.

Many of the early stars of drag racing, personalities such as Allan Herridge, Nobby Hills, Dave Stone, Owen Hayward, Ronnie Picardo, Dennis Priddle, Clive Skilton and Peter Crane, set Santa Pod and the sport of drag racing alive with their wild and exciting racing and in the process helped put Santa Pod on the UK’s sporting map. On two wheels it was no different, with the pioneers of motorcycle drag racing taking the sport to heights that motorcycle sprinting alone could never have achieved. Names such as Danny Johnson, Marion Owens and TC Christenson from the USA, together with Henk Vink from Holland and our own Alf Hagon, John Hobbs and Brian Johnson, blazed a trail in motorcycle drag racing that took the spectators and sport by storm with their world beating performances.

In addition to all the drivers, riders and teams, one family played a vital role at Santa Pod from the very beginning: the Phelps family. With dad Bob and son Roy, they developed drag racing from a minority sport into an enterprise of national consequence. Roy Phelps was instrumental in bringing many of drag racing’s leading US stars to appear at Santa Pod in their championship winning cars – then he would purchase their cars and keep them running at Santa Pod, often with the star drivers returning to drive them again at high profile international events.

Anyone who attended drag races at Santa Pod in the 1960s and 1970s will not forget the sight of Stu Bradbury, the Chief Starter, dressed in flamboyant US dragstrip attire, leaping up and down in excitement as a pair of Top Fuel cars blasted down the quarter-mile. I remember it well as I was one of those people who became totally hooked the first time I saw Clive Skilton take on Dennis Priddle in one of their frequent, nitro burning fuel dragster shootouts. And here’s the rub – I am still hooked today. 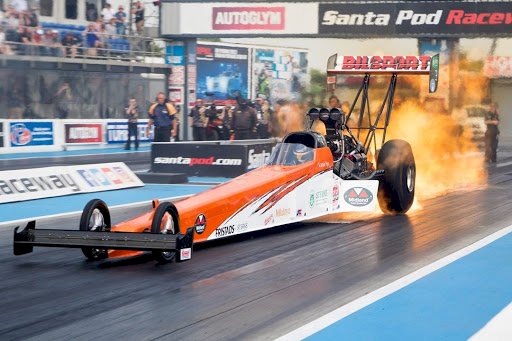 Like all other motorsports, drag racing has seen huge advances in technology and safety over the past decades – today’s cars and bikes are so much faster, but far, far safer, than in those early, pioneering years. Such are the current standards of construction and safety in drag racing that serious consequences are mercifully rare when accidents do occur.

As we progress from race season to race season, we want to honour the past heroes of Santa Pod Raceway and the sport of drag racing in the UK. To those of us of sufficient age, it seems like only yesterday when it all began. Yet here we are, after celebrating 50 years of Santa Pod. The calendar of events that we organise and promote today is very diverse and might seem to exceed the definition of “motorsport” as perceived by many people.

In many ways it seems far removed from the straightforward, drag-racing-only schedule of the early years yet it remains true to the pioneering “Santa Pod spirit” of those first days. That perhaps is the secret of Santa Pod’s success. It is a central part of a sport in which it has played a key development role. But it is also a place that is ‘“off the wall” – “street cool”, you might even call it – a venue that invites levels of experience, participation and involvement that stretch beyond the realms of mere spectatorship. 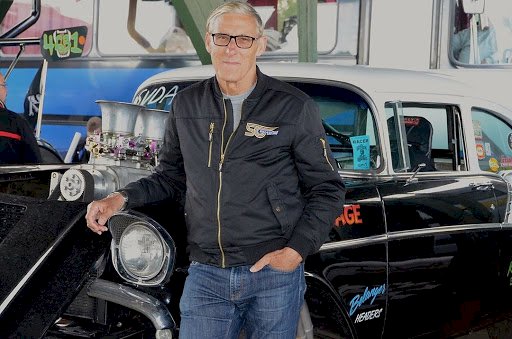 I have been involved with Santa Pod in one way or another for over 40 years, from spectator to part-time racer, to professional team owner, right through to Championship and Series promoter and owner and CEO. In that time, I have seen many changes and improvements and have many stories to tell of the old days. However, when the time comes for me to pass on the baton, I should like to think I’ll leave Santa Pod a far better place than when I took over in 1996 at the time of its 30th Anniversary.

See you at the track

I started age 8 racing corporate karts both indoors and outdoors, but I wanted to...

I've had many cars over the years too many to list and I can't remember not modifying...

Where are the Car Girls?

Girls are here to stay and make their mark in the car scene,

Duel Autocare hits the car scene with a bang! 10% discount for readers

I first got into cars because of my stepdad, he used to drag motorcycles, so I was...

The Focus has been a 9 year labour of love so far it has had a few alterations ...

If I could give one bit of advice at the end of this... it’s to live your life to...

A V12-powered convertible with scary speed.