The car I currently drive is a 2019 Golf R 2.0L 300PS 4WD (GPF Model) in lapiz blue which is the best colour for a Golf R in my opinion which is also good as its the signature colour for the Rs 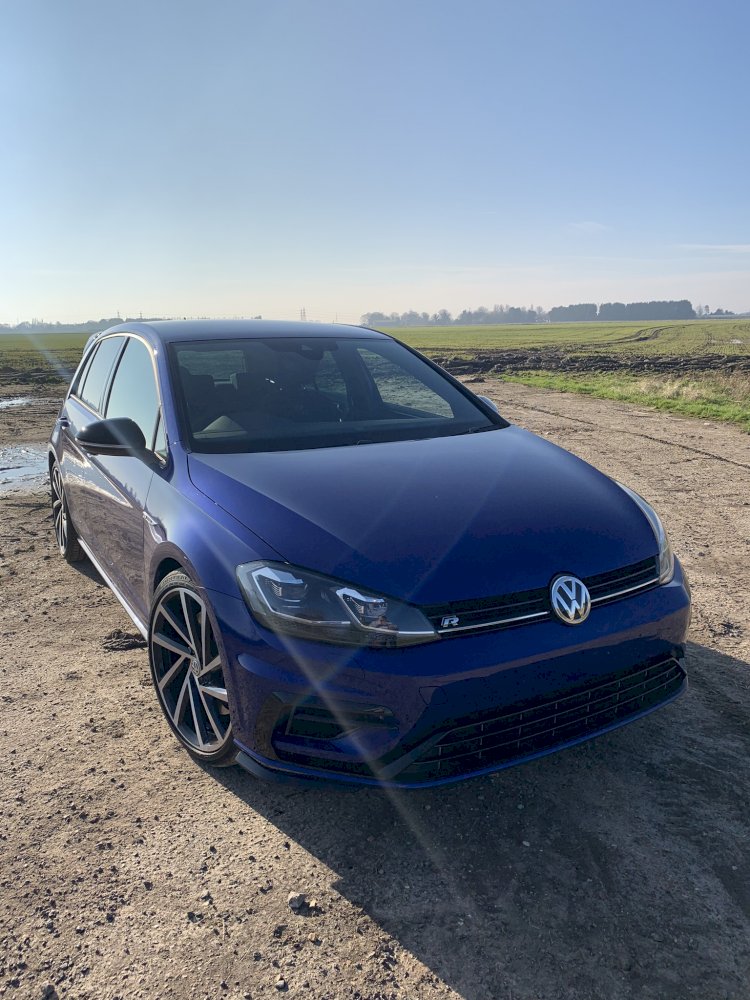 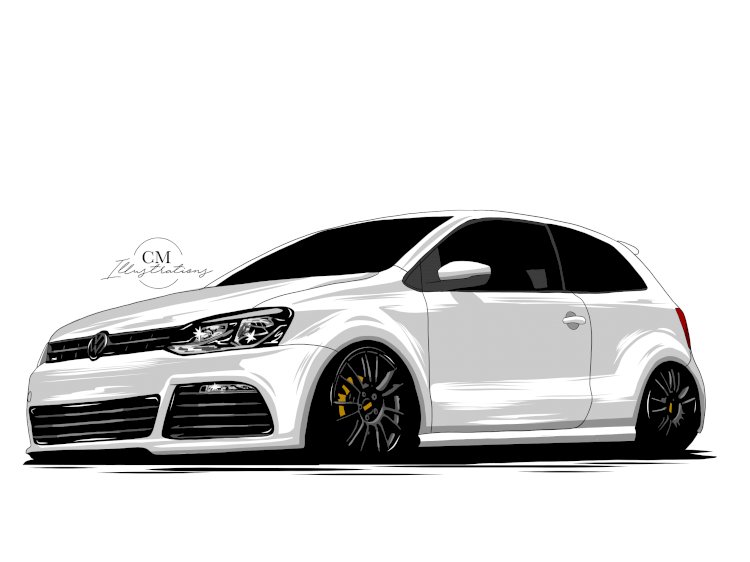 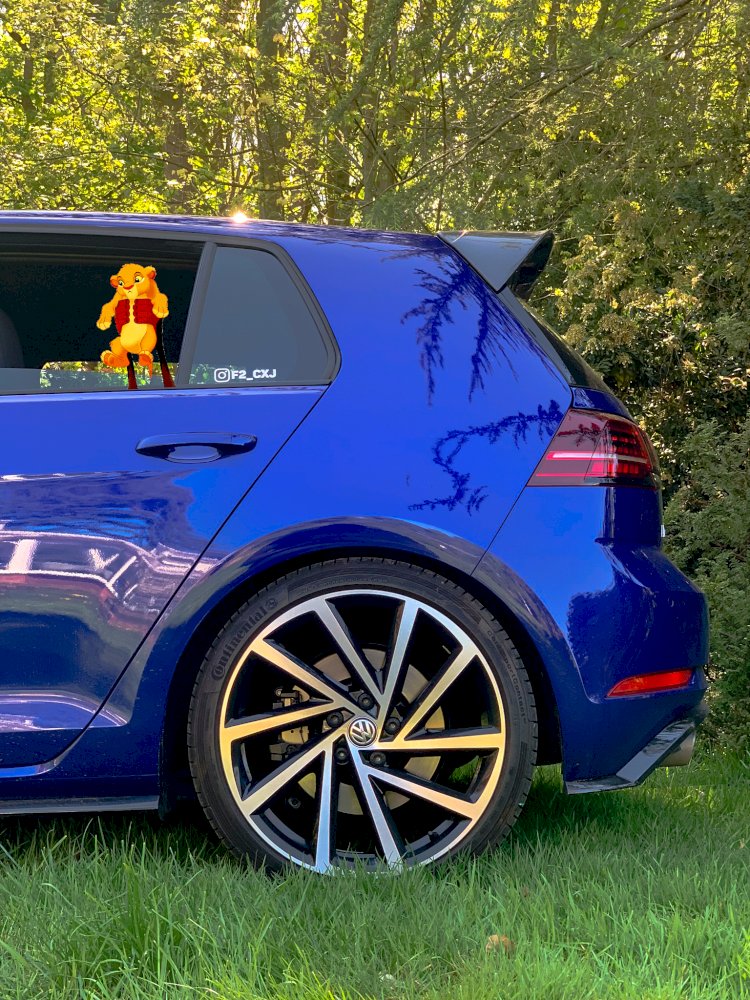 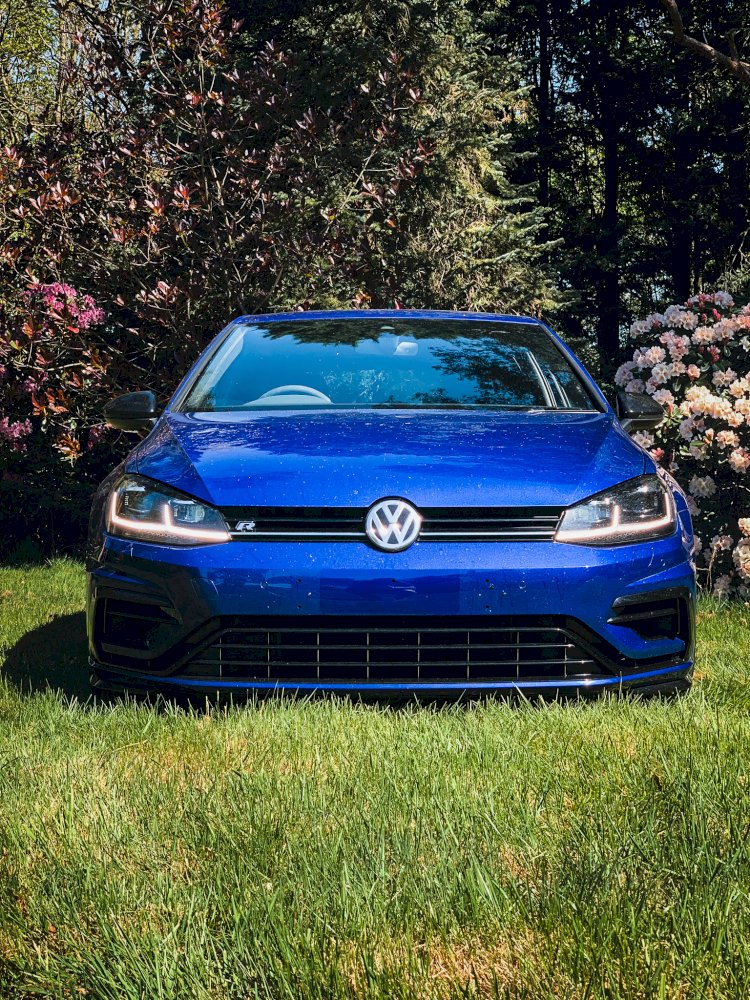 My name is Charlie.

I am an avid car lover to say the least, since my childhood I have been around cars, so I have a strong connection to cars and modifying cars. My first car was a Green/Blue 1.1L Saxo which I didn’t modify apart from adding a big sub in the boot as we all do when we're 18/19 years old. It did me good as it was a 'hand me down from my sister' which was always good! I didn't have that car for about 6 months. From then I had a 1.2TSI (90PS) Volkswagen polo. That was when I first started getting into modifying my own car. For the polo it had a few mods in the end such as.

R20 Bumper with a smoothed plate recess so it looked better

It had also been remapped to stage 1 to 136 BHP from 89BHP which was surprisingly fun in a 1.2L Polo. I had that car for around 2 years or so and then I upgraded to my current car.

Fondmetal 9RR alloy wheels which were 17" by 7J in satin black.

I did want to do way more to the polo, but I felt I wanted to upgrade and have a changeup.

The engine my car has is a 2.0L 4 Cylinder Turbo petrol which flies and I love it. Originally I was going for a Golf GTI but I thought if I was going for a Golf I may as well get the best of the best so I changed my mind to the R and I think I made the best choice. There is not a lot of difference between the GTI and the R. Only really some slight cosmetic differences like the red and blue colour scheme and slight engine changes such as 245PS vs 300PS, 2WD vs 4WD and the turbo from an IS20 to an IS38 on the R. Not much difference but I still went for the R.

I opted for a few optional extras such as the upgraded 19" Spielberg wheels over the Cadiz wheels which I think look really bad for a stock wheel, also had the Lapiz blue metallic paint  and black mirror caps which was also a nice touch to the stock silver ones which to me look tacky.

Some of the mods that I have done to the car is the Oettinger rear spoiler from @ultimatecustomsuk on Instagram and Facebook , I think it really sets off the back end of the car and makes it have a unique look. I have also carbon wrapped the interior cockpit of the car with some cheap amazon wrap and I’ll admit it looks good but I will soon be changing it all again, so it looks way better. I have a steering wheel cover from @phatbitsuk on Instagram (@phatbitsuk) which is a full alcantara cover so no more cold wheel in the mornings! I am also a fitter for the covers so if you need one fitted drop me a DM on Instagram! @f2_cxj I have also done some slight VCDS mods such as turning the soundaktor off as it adds really bad fake engine noise into the cabin, so it basically sounds like a Subaru. I have also added 30 colours to the ambient lighting which is also a nice touch. Also have changed the pedal and engine responsiveness so it is at its highest performance but I can’t yet comment if it does make a big difference or if it’s a placebo effect. One of the most important things I have had done is the Ceramic coating on the car as the Lapiz blue is one of the softer paints for the Golfs so I’ve added that bit of protection which was one from @elitecardetailing on Facebook (Elite car detailing) which I highly recommend! I have also added some dynamic mirror indicators that sweep just like the rear indicators so it is a nice touch for a bit of matchy matchy.

Sadly as the car is a 2019 Model there is a slight change with the exhaust as this now has a GPF behind the cat all for emissions (WLTP regulations) as for this the car doesn’t dsg 'fart' as loud as the previous models but on a high the exhaust doesn’t have a Resonator so once the car has a decat and an exhaust system it’ll sound just as it should with the proper toned 'farts' for a while since I’ve owned the car there wasn’t a Decat + GPF delete but recently both Miltek and Scorpion have released their products so that is definitely coming very soon also once that has been done the car will be going to stage 2 which is around 400BHP – 420BHP depending on supporting mods which will be pretty mad going from 300BHP to a possible 400BHP. I have much much more planned for the little pocket rocket!

I was 21 when I got the car in September 2019 since then I have turned 22 which for me, I don’t think is bad owning a high-powered car at the age of 22. It is fun and best of all its my daily car, I do not have a second car or anything. The Golf R is my work horse. This will now be my 3rd car and I love it! I could recommend a DSG car to anyone as you can have it in regular auto mode for when you’re just cruising then you can have it in manual paddle mode when you’re tearing up the streets!

We do plenty of shows and camp at quite a lot of shows and have the most amazing time and we also have a good variety of cars in the group! If you want to come to any show with us drop me or True addiction a DM!

I am also an ambassador for @UltimateCustomsUK we have a vast variety of car modifications for all manufacturers of cars. Drop them a DM to see what they can do for you!

Shows and meets. I mainly attend the Trax events both Donnington and Silverstone, Japfest, Modified Nationals and Fast Show. I am aiming to go to more shows that I find interesting so if you see me come over and say Hey!

My dream car is the car I currently own. My Golf R. I am very pleased and lucky to own my car at such a young age as you soon see that hard work and dedication does work as I now own my dream car. Best of all the car will be made way better than it already is now so I am very excited on the journey ahead!

Email: CARLA or SHANNON or ADMIN, they would love to hear from you.