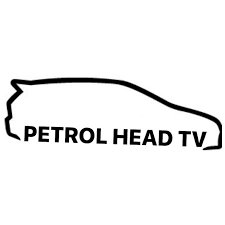 My name is Dan Ripley. I own Petrol head TV

I am 25 years old and live in Hampshire.

I have been mad about cars since I was a little boy from playing with toy cars on the car mat with my little brother up to the present day where I film them.

I have been in the car scene around 7 years now. I started attending car meets when I was around 16 years old and was instantly hooked on the modified car scene. I don’t attend many meets anymore but I try to get to some of the big events and shows during the year.

I went through some dark times around 5 years ago , surrounded myself with the wrong people and went downhill quickly. Then fortunately I met my fiancé who has been my rock and been by my side now for the past 5 years. During this time my confidence took a massive hit and I didn’t attend any car shows or events as it would make me really anxious. So to feed my car obsession I started watching YouTube.

I had always watched YouTube but only watched people like mo vlogs , Ryan Taylor , ally Law ect. The first car video I ever watched was an Astra vxr review by Jamie fyd as I was in the market for a vxr at the time, then from that I come across many other automotive youtubers such as shmee150 , supercars of London , TGE TV. I watched these youtubers for a couple of years and really enjoyed watching the content.

Then I thought I would try doing some filming myself and that’s where Petrol head tv was born. The first video I filmed was on my phone and I went to McLaren ascot to film TGE collecting his new 720s. I did a few videos after that but really wasn’t confident and it didn’t feel right. Then I started watching Ricky from living life fast. I absolutely fell in love with the way he presented his channel and how he shot his videos and from then on his channel gave me the motivation to go ahead and really try to give YouTube a shot.

I was very lucky to meet up with Ricky (LLF) at the beginning of this year! He agreed to let me do a video on his 700bhp bmw m4 and go for a drive. He gave me some fantastic advice and really gave me the motivation I needed to really try my best at getting my YouTube channel out there. I have a lot of respect for Ricky and he’s definitely been a role model to me in the YouTube community!

So we are at the present day where I’m shooting as many feature cars as possible as I want to experience as many different cars as I can and make some awesome content for YouTube.

I love the modified scene the most as the cars really do show every person's personality but I do love experiencing supercars , tracks cars , drift cars and anything in between!

What’s my mission? To be a passenger and drive as many cars as I can and film some of the best cars in the country and present them in the form of a cool video for the world to enjoy! The goal is to one day do this full time and be an automotive YouTube working with the best brands and best people!

I started age 8 racing corporate karts both indoors and outdoors, but I wanted to...

I've had many cars over the years too many to list and I can't remember not modifying...

Where are the Car Girls?

Girls are here to stay and make their mark in the car scene,

Duel Autocare hits the car scene with a bang! 10% discount for readers

I first got into cars because of my stepdad, he used to drag motorcycles, so I was...

The Focus has been a 9 year labour of love so far it has had a few alterations ...

If I could give one bit of advice at the end of this... it’s to live your life to...

A V12-powered convertible with scary speed.