Schmitz had become synonymous with the Nurburgring Nordschleife, the 14-mile circuit in Germany that is renowned as the toughest in the world. 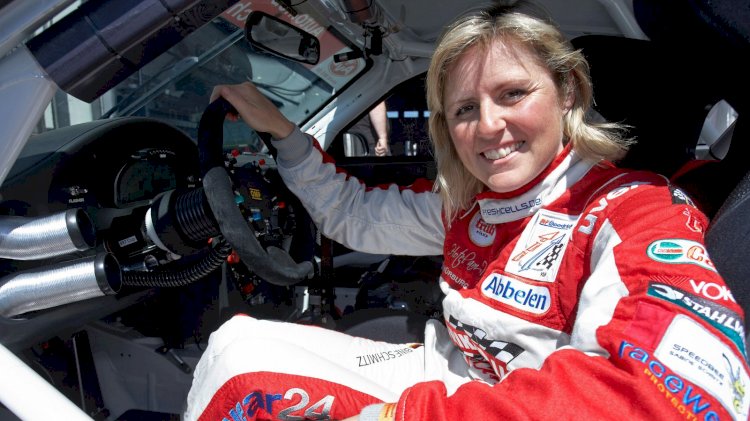 These are all of our Linx, please check below for the right link to contact, Join or Follow  us:

All of our Useful LinX can be found HERE.

More Images in Slider Above

Former Top Gear presenter Sabine Schmitz - famous for being the only woman to win the Nurburgring 24 Hours - has died aged 51.

Schmitz said last year that she had been diagnosed with cancer in 2017.

Schmitz had become synonymous with the Nurburgring Nordschleife, the 14-mile circuit in Germany that is renowned as the toughest in the world.

She became known as the "Queen of the Nurburgring" and estimated she had driven around the track more than 20,000 times.

Schmitz later gained acclaim for an appearance on Top Gear in 2004 in which she drove a van around the track, and subsequently became a presenter on the show alongside Chris Evans in 2016.

This Sunday's episode of Top Gear will be dedicated to Schmitz, with Clare Pizey, executive producer, saying: "Sabine was a beloved member of the Top Gear family and presenting team since 2016, having first appeared on the show in 2004, and everyone who had the pleasure of working with her on the team is in shock at this news.

"Sabine radiated positivity, always wore her cheeky smile no matter how hard things got - and was a force of nature for women drivers in the motoring world.

"Like everyone else who knew her, we will truly miss her - Sabine really was one of a kind. Our thoughts are with her partner Klaus, who was always by her side and who we welcomed to Dunsfold many times, and her family in Germany."

Top Gear presenter Chris Harris said Schmitz was a "wonderful, powerful, hilarious person" while the show's former presenter Jeremy Clarkson paid tribute by tweeting she was "such a sunny person and so full of beans".

Formula 1 said Schmitz was "a force of nature" who inspired "a new generation of motorsport enthusiasts".

All the Cars in the Online Version of our Magazine will eventually appear in our Fully Printed Magazine, the cars with the most Views, appear sooner, the Magazine is sold through Amazon, making it easier and faster for people around the world to get their copy.

Two New V12 Lamborghini Supercars To Be Introduced In 2021

Between the absent Turbinator and the Speed Demon it feels like a matter of time...

The 720-bhp AMG GT is a track weapon in the truest sense.

Through these difficult times, I decided to start my project. I have owned the car...

We’re all supposed to get married, settle down with kids and allow society to tell...

My philosophy of building this car was having a total package of race, street, and...

Make sure to put on your best headphones.

A dream car, she is a keeper. She was not rebuilt so much in the beginning but mostly...

Building the diesel R8 we never got.