I picked this up in July 2017 as a 2nd project car, which I saved from getting scrapped, 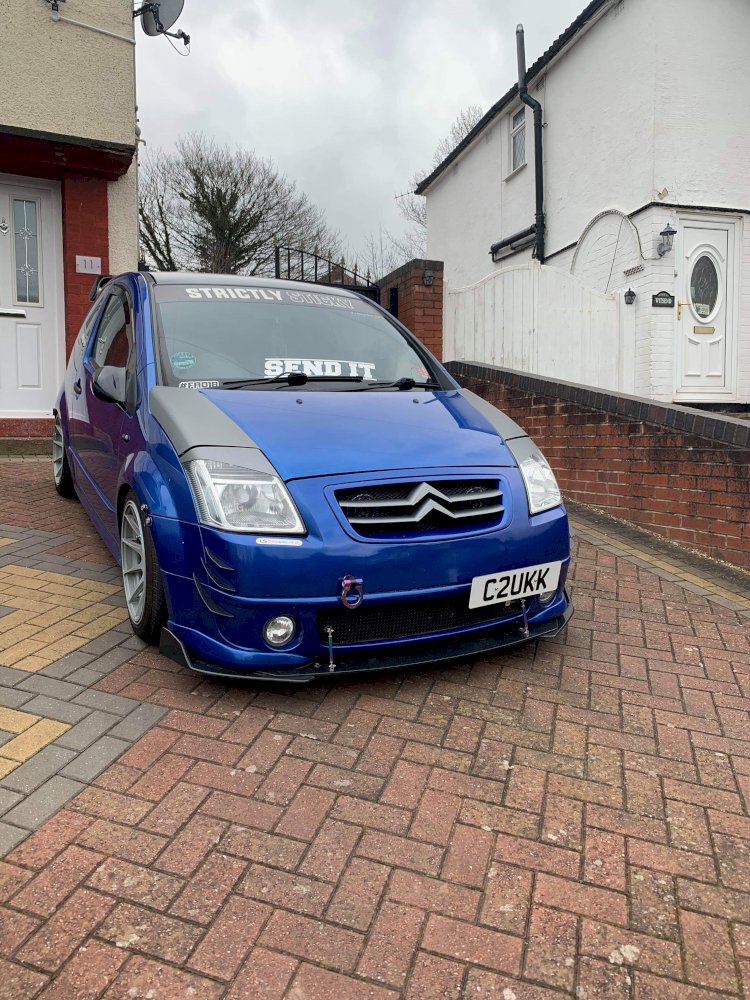 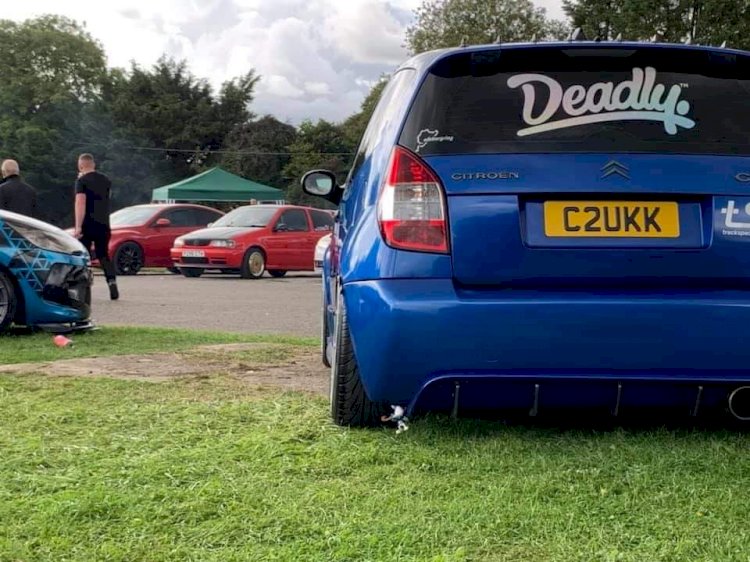 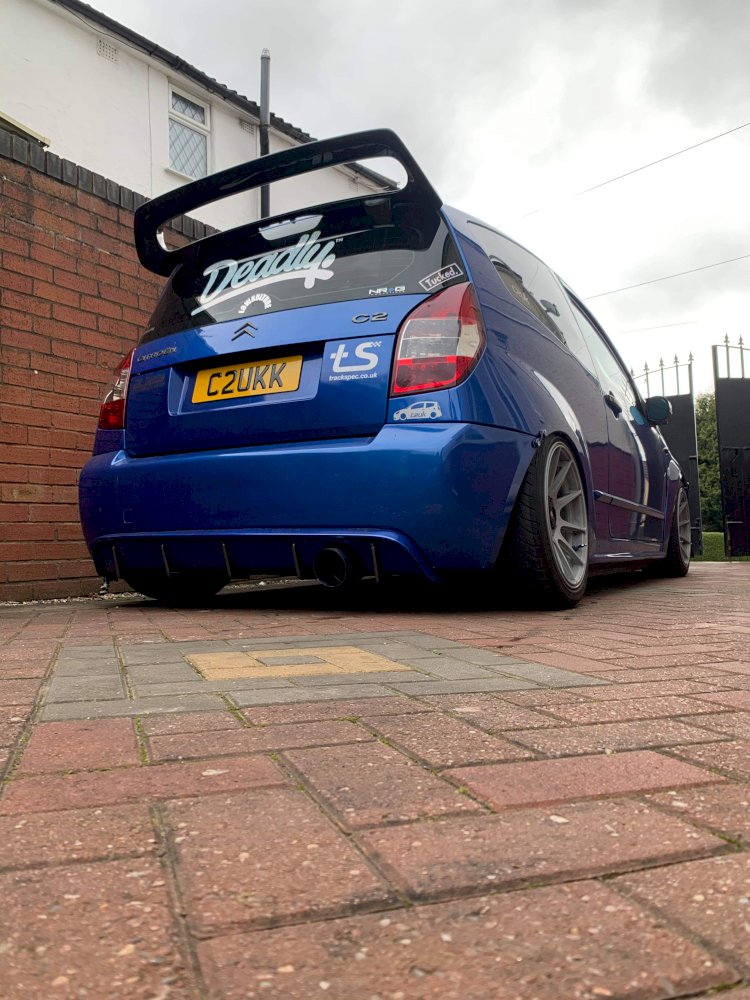 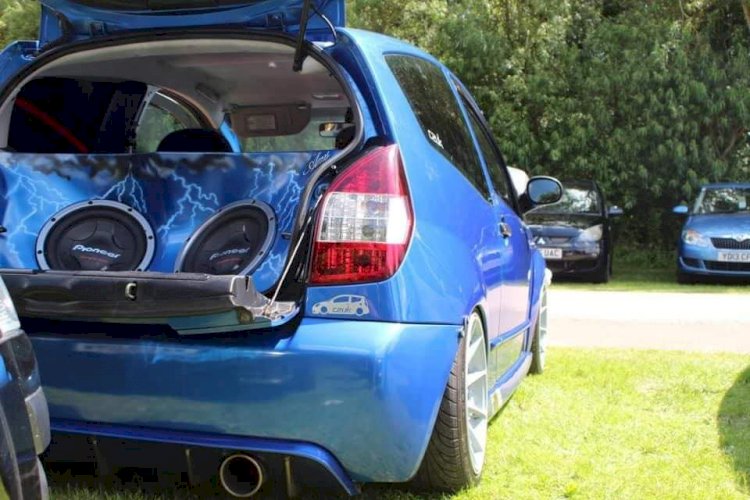 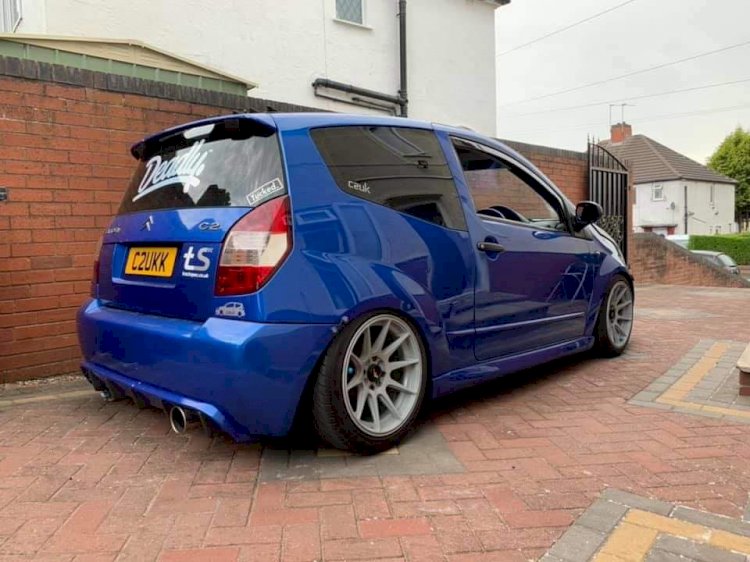 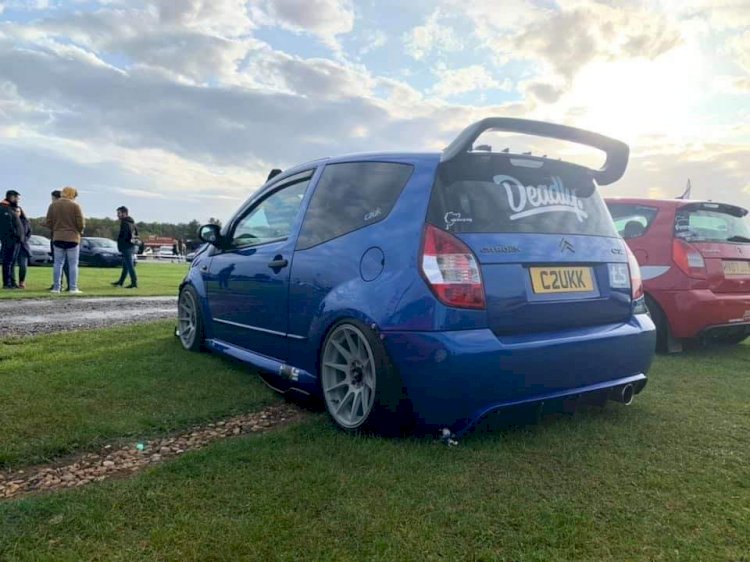 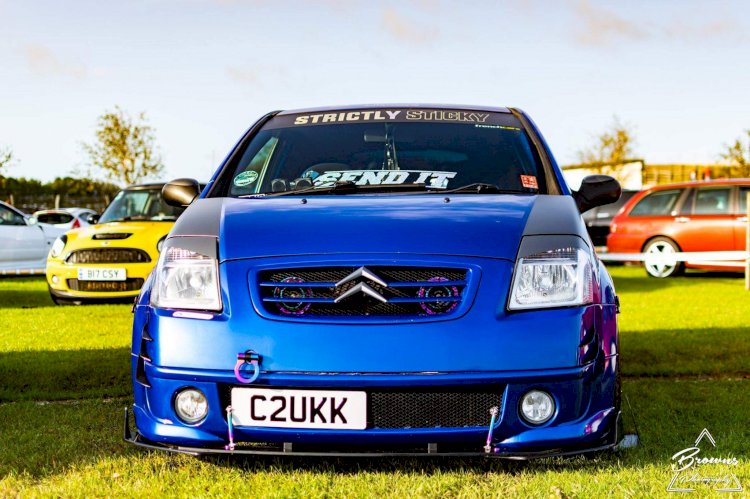 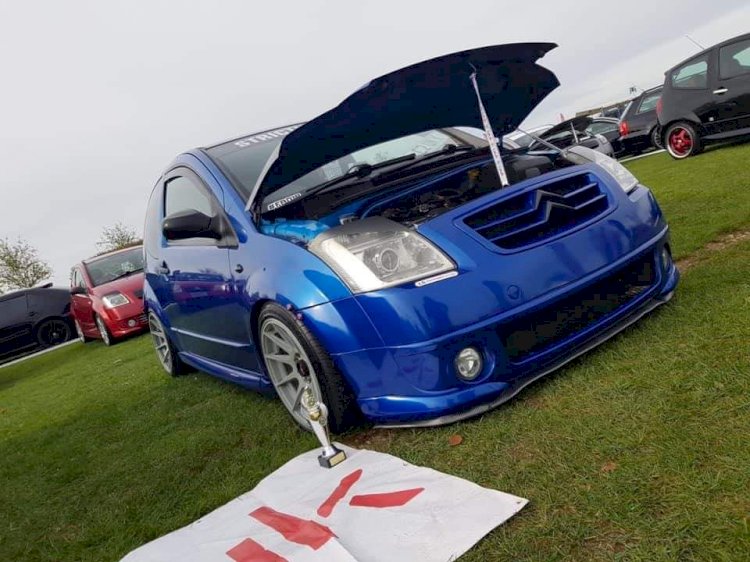 Please join the site and Facebook group below, this helps us find more HOT cars, Thanks.

Currently work as a security guard and live in Stourbridge West Midlands.

My car is a 2005 Citroen c2 1.4 Furio. I picked this up in July 2017 as a 2nd project car, which I saved from getting scrapped, it was in too good of a condition with relatively low miles for its age at the time. I already owned another c2 at the time, but having issues with that one I decided to depart from it and start afresh with the one I have now.

I got into the car scene back in 2015 when I met up with a group of other c2 owners off Facebook and we started talking. Even though I’ve always been interested in cars from a very young age. So after chatting to a few people on a forum we decided to meet up to get to know each other better and talk more about our cars. The little meetup went a lot better than expected and I met some good people who also had the same interest as me, so after a discussion we decided to make a c2 car club which is called C2UK can be found on Facebook and also instagram.

After the group got created, myself and the rest of the admin team got organising club stands to various car shows throughout the year, the main car shows we focused on the time was the french car show and the performance french end of year expo, we did also do a few others such as USC and Trax. The group picked up quite quickly and we started getting c2 owners to join from all across the UK and even Europe. As this was the 1st time we had organised shows ourselves they went really well and we ended up winning best club stand at The Adrian Flux PFC Expo in 2015 and again in 2016. I’ve also managed to get a private plate that spells the groups name on the car, it was previously on my other c2, but since getting rid of that I’ve had it transferred across to my current c2 and the private plate that was on my c2 has been transferred across to my other car.

We now try to do as many shows as possible throughout the year and will have club stands there. In 2018 I got invited to show my car at the Franse Auto Dag show in Holland, this was an great opportunity to make some new friends from the car scene that live across Europe, and it was good to meet them in person and not just speak through Facebook. It was a good experience and I got to see a show in a different country which was good and also got to see how they organise shows and meets there too.

Majority of the work that’s been done on the car I have carried out myself ( apart from body work, and a few of the custom parts I've made, and the wrap). I used to use this as an everyday car whilst my other car was off the road. That has not been replaced and the Citroen is now just used for car shows. The car is currently on axle stands, as I’ve had a lot of time to do work on it and am still making changes to it. I have been asked a few times why I don’t just buy the bigger engine vts model as there is a more wide variety of off the shelf performance parts available. I have thought about this a few times, but as I don’t use the car everyday and it’s just for show use, I decided to stay with it as I already had it and just carry on  with the modifications I had planned. 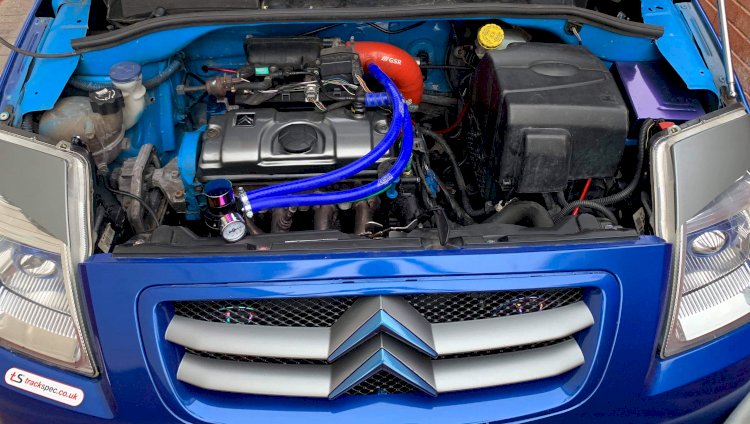 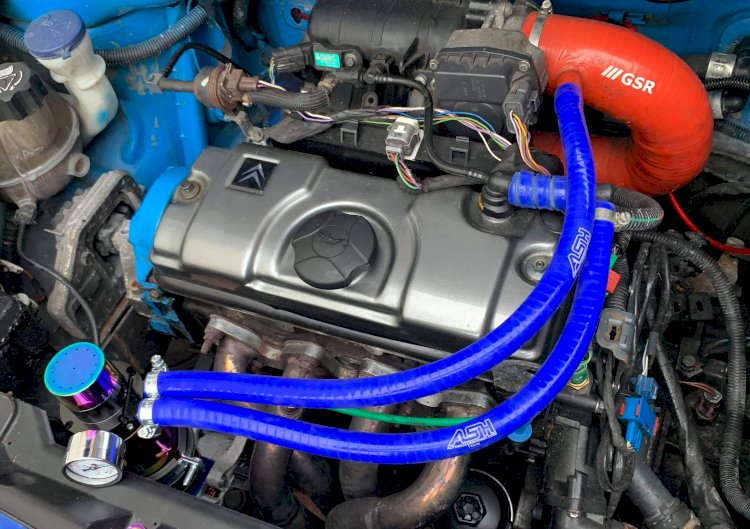 Engine performance wise so far It has a GSR intake with a ram air filter fitted.

Hopefully by next year's show season I would like to have the car running on bike carbs or with either an uprated camshaft.

Over the course of ownership it has a smoothed front bumper, a gt grill, Front bagged I have wrapped in a flip paint blue and purple and rear boot badges have been removed completely, bonnet raisers, Neochrome hella horns fitted behind the gt grill , lester rear diffuser, now a big wing which has been made by MGC Modifications, colour of the brackets have been changed to flip paint, as close to neochrome as I could get.

previous spoilers on the car was a stock one that came with the car and I’ve also had an RSR spoiler too.

Front bumper has a universal front splitter with neo chrome support rods, in the future I would like to have a custom one made up and fitted., Custom headlights which have been converted from halogen to xenon, Rear lights have been changed to the crystal ones , Wing mirrors have been changed to dtm style ones , Heko wind deflectors , Have custom made side skirt extensions with a twin stuke both front and back 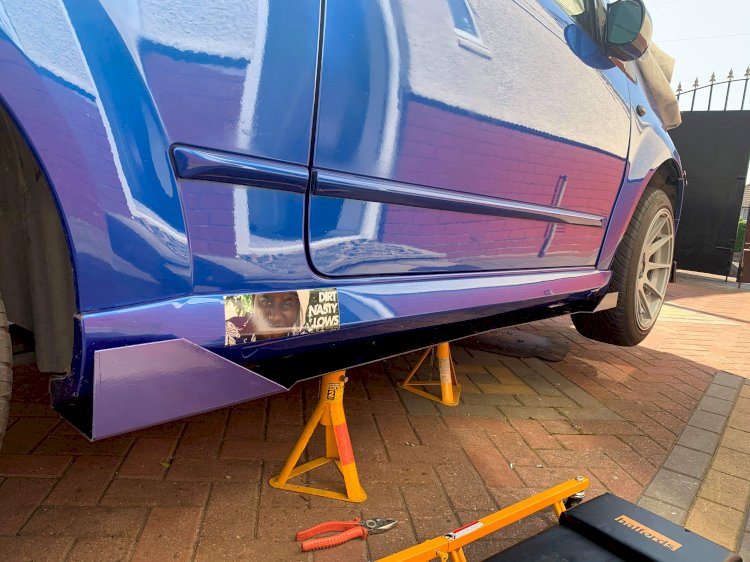