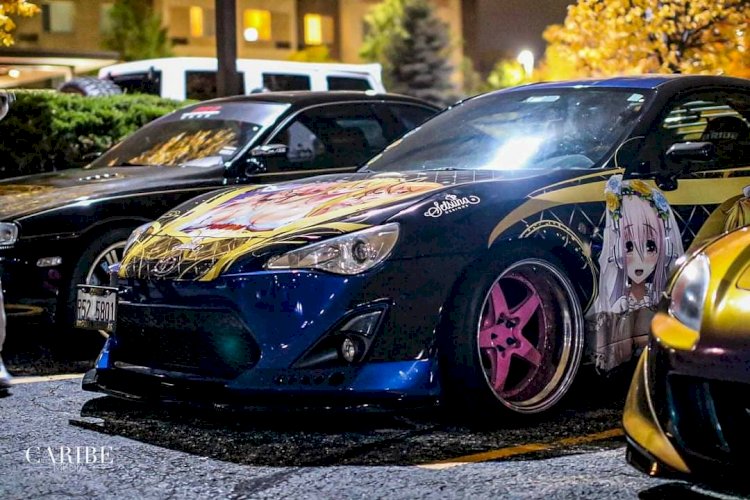 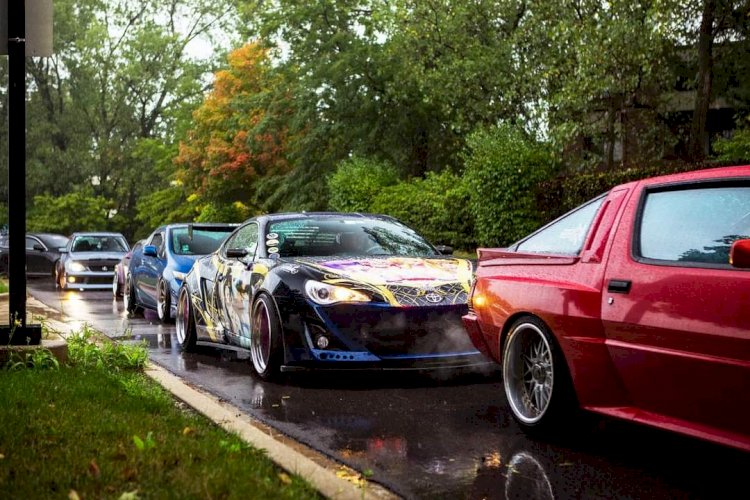 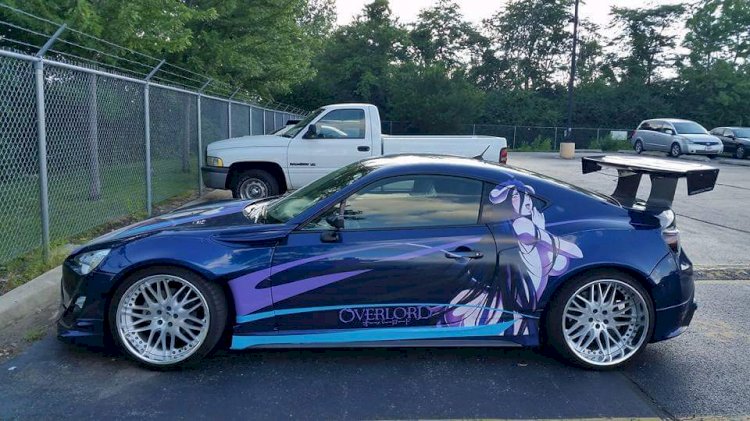 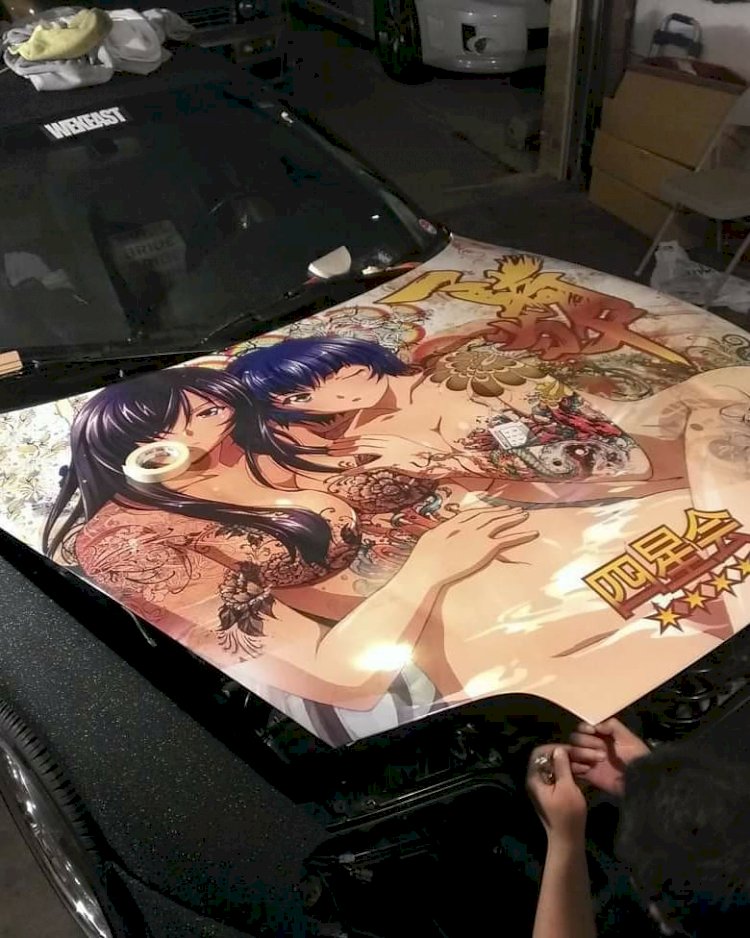 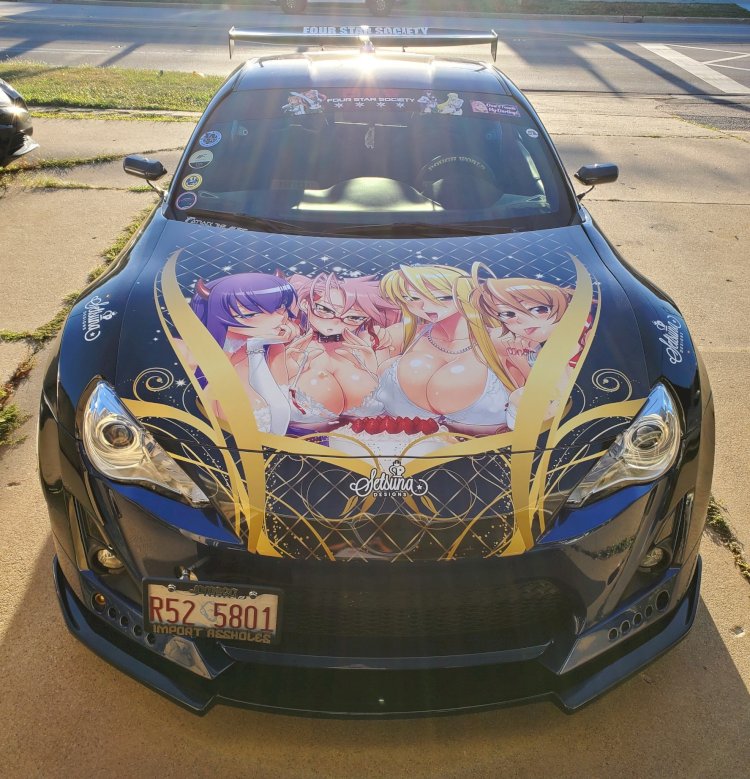 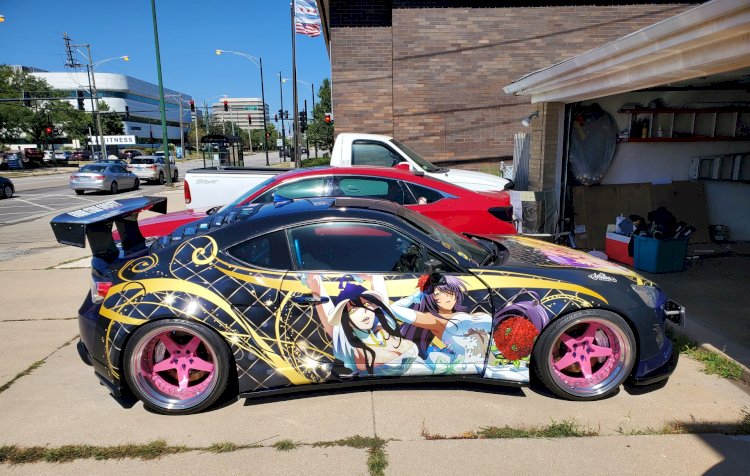 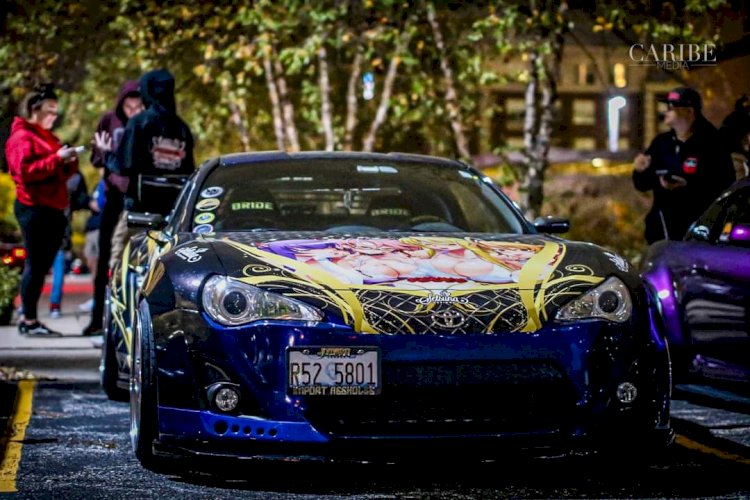 So the story of my current car and its current itasha design is based on my over 10 years doing different itasha designs on 2 cars.  My old MK4 Supra and the Scion FRS.  This design now incorporates characters I've had over the last 10 years on both cars onto this current car.  I wanted to do something different from the majority of other itasha car owners who usually only do 1 or 2 characters from the same series on their vehicles.  I have a total of 8 characters from 5 different series Super Sonico, HighSchool of the Dead, Freezing, Ikkitousen, and Overlord. 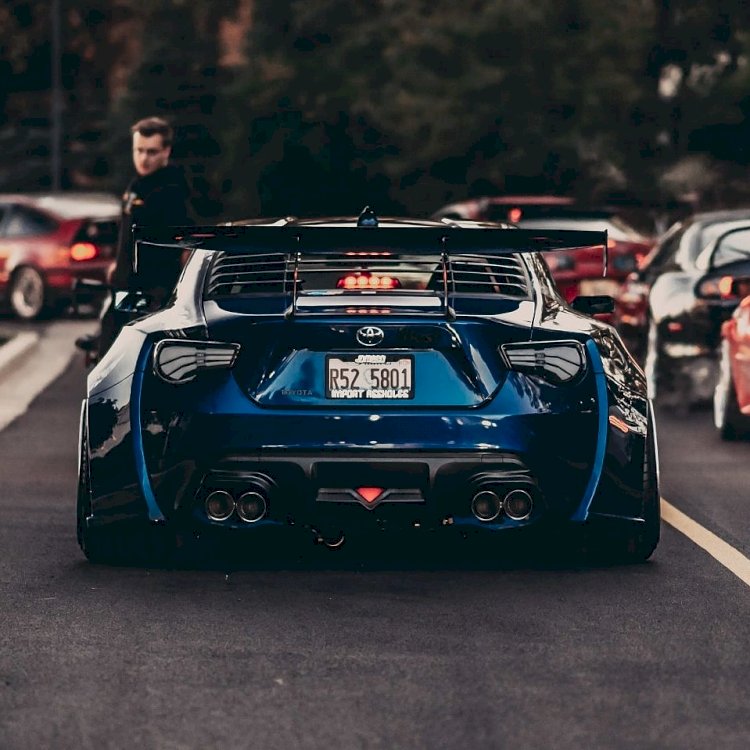 I'm currently building 2 cars, my FRS and my Lexus LS430.  The FRS will be getting some power mods over the winter and haven't decided on turbo or supercharger yet but it will get done either way.  The LS430 is currently waiting on an AIMGAIN body kit then will go in for paint and getting a VIP inspired itasha design to go along with the VIP build I have planned.

I've been doing itasha since 2010 it definitely wasn't a common thing here in the states especially in Chicago.  Also for me to do it on an MK4 Supra was considered sacrilegious I think it might still be here in the states.  Itasha incorporates everyone of my hobbies into one thing: my love of modified cars and anime/manga. 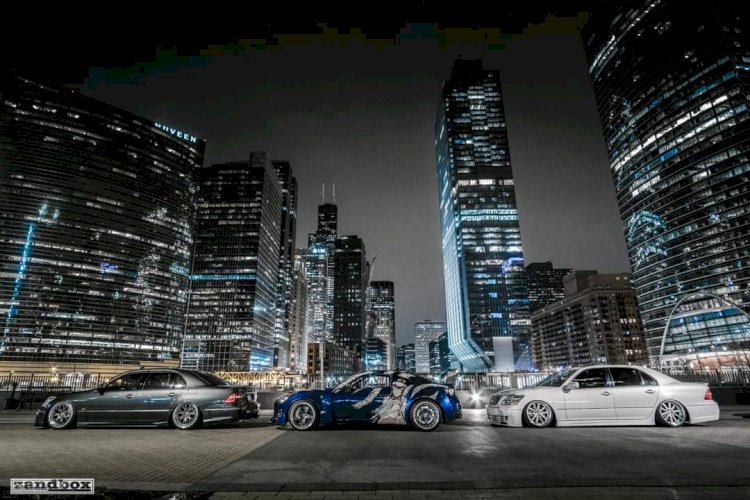 The people that help build my car:

@mastermind_north_america (kit and other parts)

Email: Carla,  Shannon, Andz or Admin, they would love to hear from you.

Do you want to Feature in this section? we are looking for Hi-spec, Modded and show...

After reading the old max power magazines when I was young, I knew that I wanted...

I love to express myself and be the center of attention and with PENNYWISE I did...

When I was  younger I always wanted a Golf mk1 with a Hayabusa engine and being...

I have been around the modifying scene since I was 16 visiting my local well known...

Brabus B45 turns the Mercedes-AMG A45 S into a hyper hatch...

Because the stock output of 416 bhp just wasn't enough.